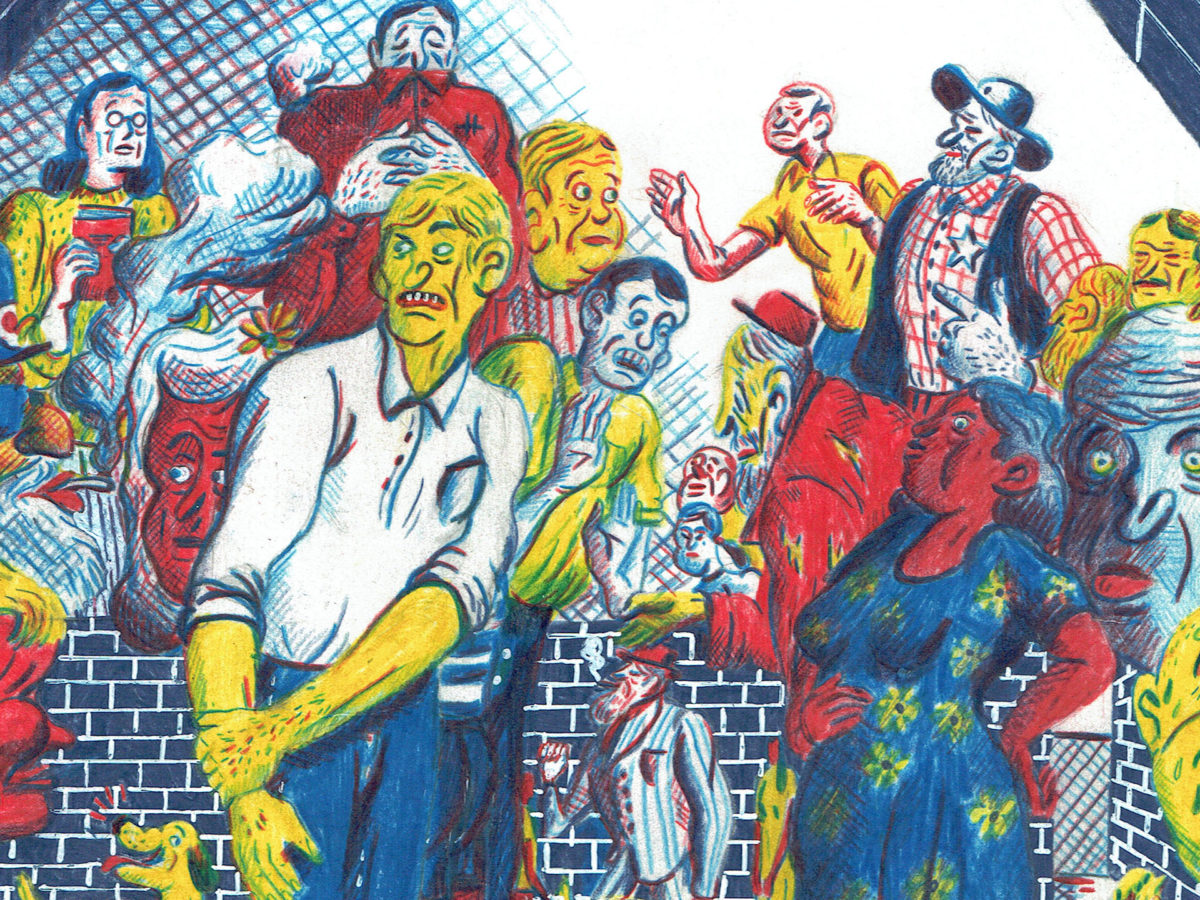 The pieces available for purchase are published in his two graphic novels : Ramone, A book on how to make friends.

Lukas Verstraete (1992, Belgium) is an illustrator, comic writer and teacher. He graduated as an illustrator in the visual arts at LUCA School of Arts Ghent.
He made illustrations for Humo, Rekto: Verso, Le Monde Diplomatique, Scratches and De Morgen. In 2013, he received the prize for best scenario at the Fumetto Festival in Luzerne. In 2017, he published his first big comic, Een Boek Waarmee Men Vrienden Maakt / A book on how to make friends. Since 2018 he has been teaching at LUCA School of Arts Brussels in the Graphic Storytelling Studio.