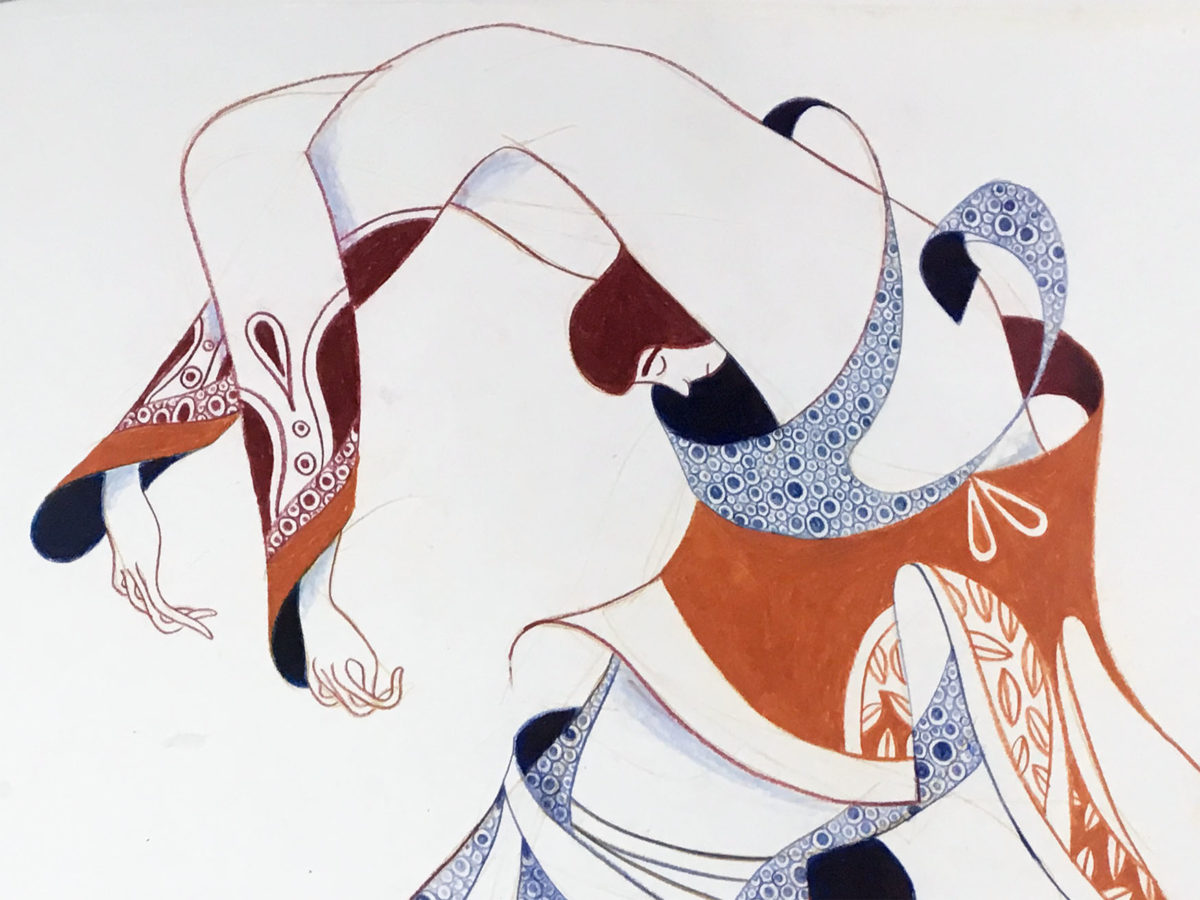 Keren Katz is an Israeli comic book writer and illustrator. She is a graduate of the School of Visual Arts’s MFA Illustration Program, and the author of The Academic Hour, nominated for the SPX Ignatz Award for Outstanding Graphic Novel, as well as The Backstage of a Dishwashing Webshow. Her work has also appeared in The New Comics Anthology, published by Fantagraphics.

Keren Katz’s illustration art is drawn with colored pencils. The intricate details, which are already astonishing when considering the size of her art, add to the exhilarating sense of motion in her  figures. They bend and contort as if they are dancing, and form gorgeous compositions.