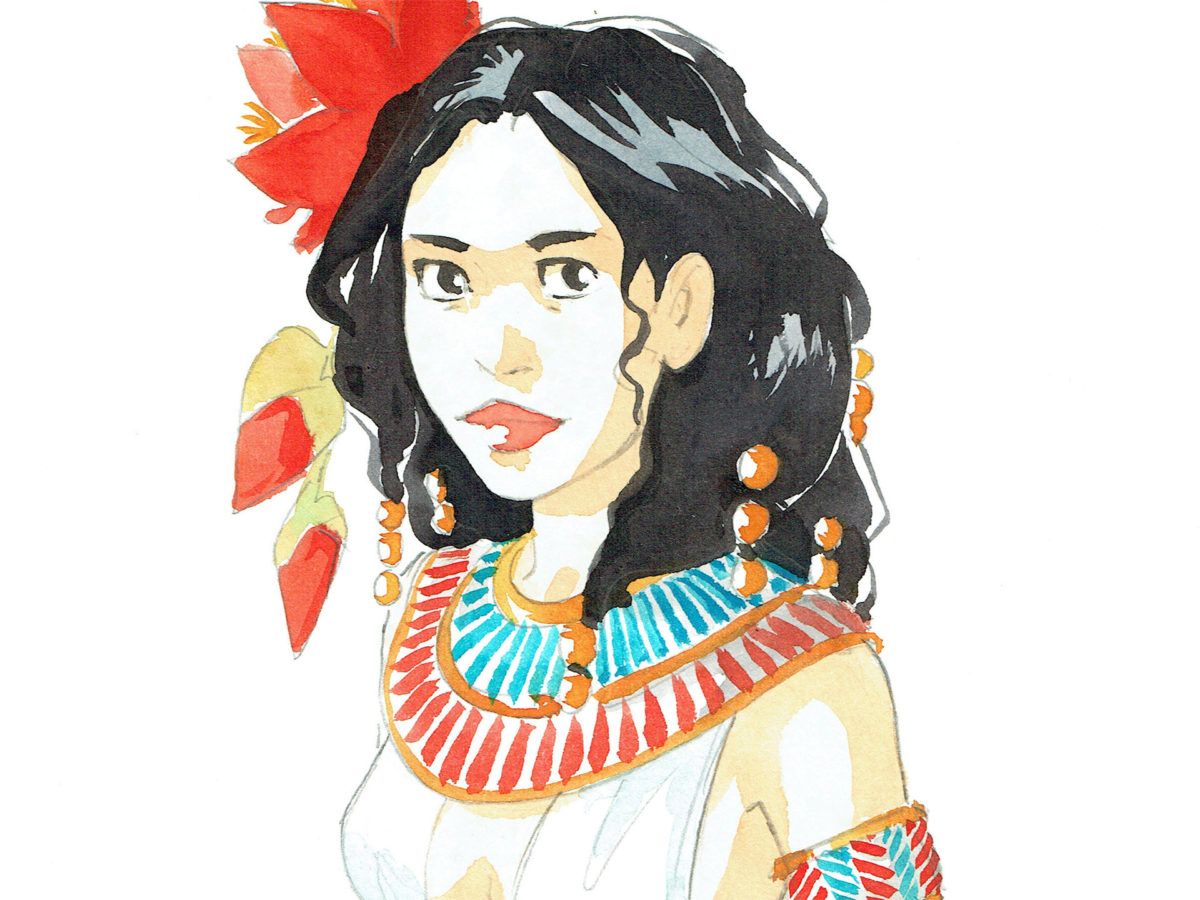 Isabelle Dethan is a French comic book writer and artist. Driven by a love for history and drawing, she has written and illustrated dozens of comic books since 1992. The two-part story The Straw King is her most recent project, which will conclude in 2021. We will then exhibit the original art of the series.

Picture Egypt in the 7th century BCE: Neith and Sennedjem are just two of many royal children too far down the inheritance ladder to matter. She’s likely to wind up in her own father’s bed, and he won’t even wind up an advisor. Rather than stay and face these limited prospects, they set out instead to see the world. But the ancient world is full of dangers, and soon enough, the royal pair find themselves sold off to the court of Babylon by slave traders. As a lady-in-waiting, Neith becomes entangled in another royal family’s power struggles, while her brother falls victim to a bizarre religious ritual: the Straw King.

Isabellle Dethan’s watercolors are some of the finest and most delicate among her European peers, and her attention to historical and architectural detail comes through in everything from her backgrounds to her clothing.